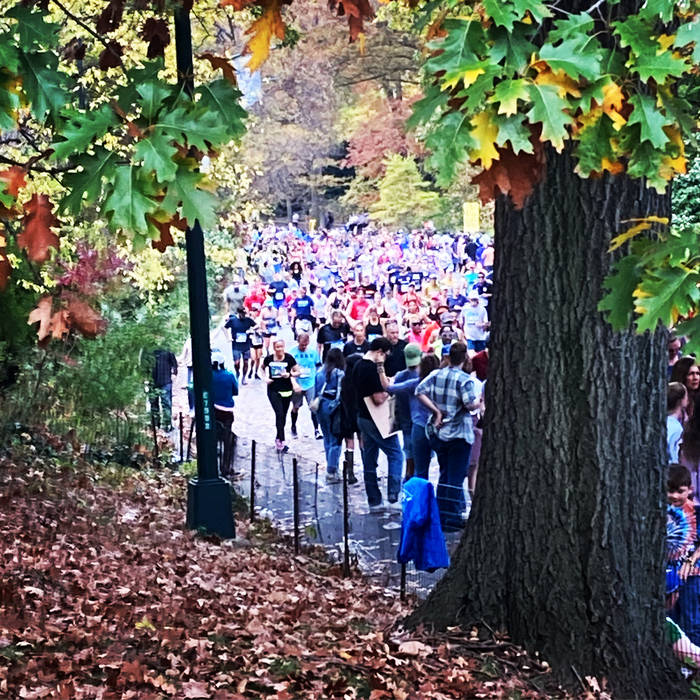 Notes: I have just returned to Maine from our first visit to New York since moving out of Brooklyn at the end of August. Rebecca made her triumphant return to our former home by running the New York City Marathon! It was a thrilling and uplifting return, and I couldn't possibly be more impressed and inspired by her. She was amazing!

Right before we left, I quickly penned this little tune as a reflection on returning to our longtime home for the first time since we left. The song became inaccurate shortly after we arrived at the airport. We did not fly to New York - in fact, we wound up driving (thanks for nothing, Delta). In the song I wondered what it would feel like to be there. It was an emotional return, in largest part because of Rebecca's race. But it was also just lovely to be there, to soak in the places we know so well, to see some people we love, and to experience an event that is such a unique manifestation of New York's inimitable joie de vivre.

I took a walk through Prospect Park on the way to Park Slope to watch Rebecca run, and I became quite overcome with the sense of the place becoming my past, and a feeling of immense gratitude for all it had given me over many years. Thank you for a fitting epilogue, New York.

I'm flying to New York
A place where I used to be from
What will it feel like?
I think I will feel above
I mean I will be outside of myself
I will feel the same but different