Week 323 // A Reflection on Resistance 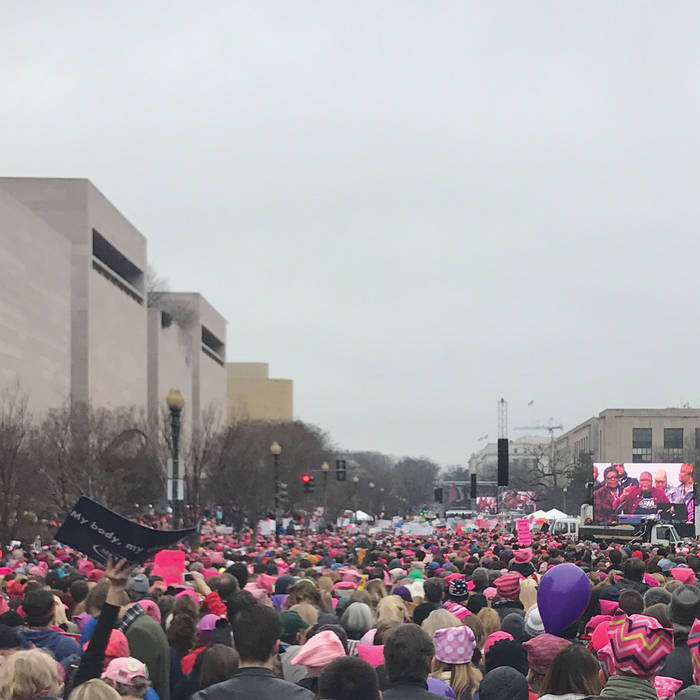 I doubt if any songwriter hasn't idly daydreamed about penning a movement song that would really mean something to people. It must be a daunting task, and I'm a bit relieved that it isn't my place to try right now. A nasty woman out there is probably putting the finishing touches on it now, and I'm eager to sing along once she's done.

My song is really just a modest thank you. I'm so grateful to have been included in the Women's March on Washington. I'm thankful to have learned so much from so many generous and wise women of all ages and walks of life. I'm a 21st century man, and I've self-applied the term feminist my entire adult life. That said, I don't think I've ever truly understood what it meant. It's a movement with a lot to teach the world, and if I learned anything this weekend, it was how much I have left to learn. So here's a little song, and when it's done I'm all ears.