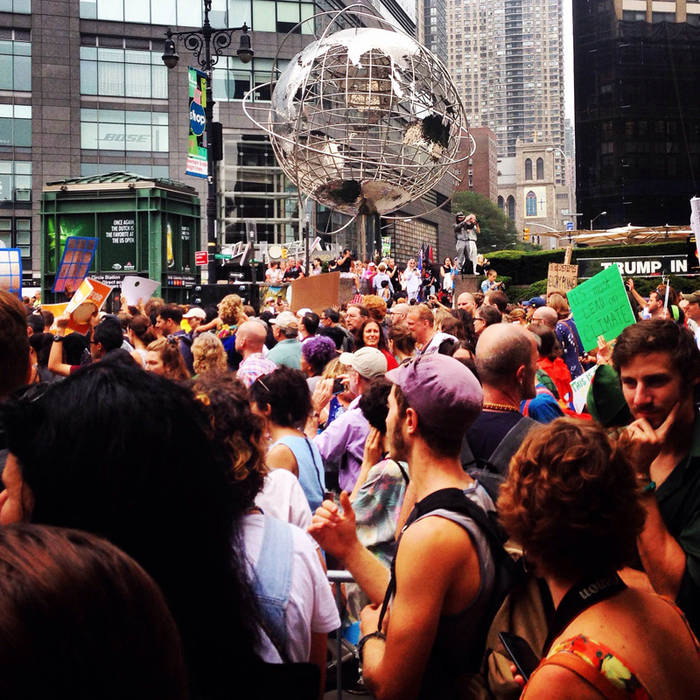 I never imagined that I’d write such a cynical song about such a beautiful and fulfilling event. Truthfully, I’ve never placed a lot of faith in the power of contemporary leftist demonstrations to be catalysts for meaningful systematic change, but that hasn’t stopped me from periodically participating in them, or from seeing the value of standing up to be counted. The People’s Climate March was breathtaking. Some 400,000 people flooded Midtown Manhattan with passion for their Mother Earth, and the message seemed to ring loud and clear; that climate change is an issue of social justice. This song is a bit of a hangover from that enthusiasm. I’m so glad I was there, and I’m ecstatic that it happened, but unfortunately it is exceedingly simple for the world at large to turn a blind eye to what 400,000 left-wingers are up to in New York City. Today on the Fox News website the only mention of climate change was this (video.foxbusiness.com/v/3799174937001/the-consequences-of-climate-change-on-chocolate/#sp=show-clips). Clearly, we’ll need to demonstrate a bit louder.

Born within the sound of a bomb
You're always waiting for one more to go off
So it does
It's in a signal playing on
Pin it on, 'cause it's all on you