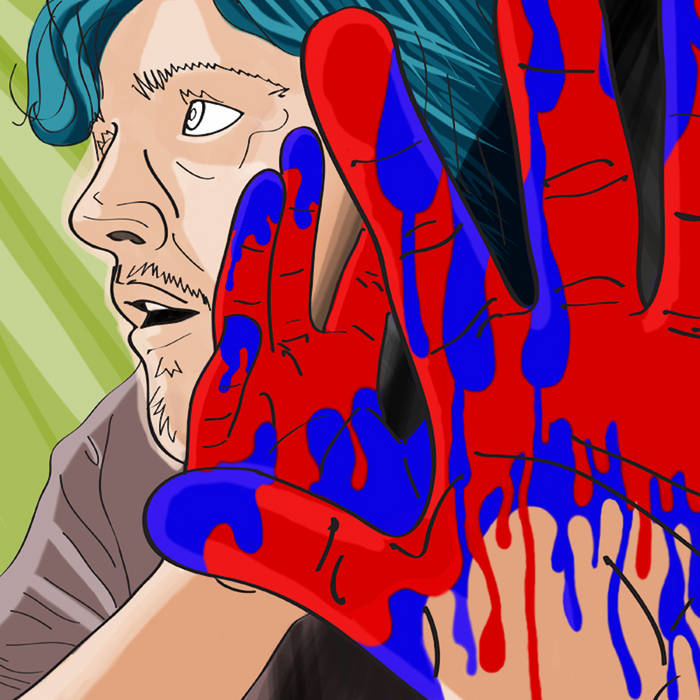 Notes: This week we’re giving you a twofer. This is actually two songs that were written more or less simultaneously by Nick Mastors and me. Nick approached me with the second half, which is is an instrumental that he titled Hurtling Past the Kuiper Belt at 10 Miles Per Second (a beautiful description of the Voyager space craft’s journey out of our solar system) for which I provided a piano melody and drum programs. From there I wrote a song in the same key and called it Made in Man’s Image. It was initially inspired by last year’s tragic shooting at Fort Hood, Texas. Ultimately it became an indictment of any person or institution that claims to speak for, and act on behalf of the express will of God (how could you ever know!?). It is a personal reflection on the weight of situations where lives change, or even end, based on somebody else’s interpretation of the almighty.
We sat on a recording of Made in Man’s Image for quite some time until Nick quite literally tore it a new one. He left my bass part, a guitar part or two, and my vocal, and he stripped away nearly everything else to rebuild it from the ground up. What started as very clangy and piano-heavy, became much more textural and nuanced. I have to give Nick his due credit on this song. He transformed it in a truly fundamental way. He fearlessly deconstructed it and approached it from a totally new angle. All I had to do once he returned the tracks to me was reconfigure the ending, for which I brought back some of the original piano.

The reason that we are presenting these two songs as one is that they grew up as siblings. It is only right to hear them together. You might ask: “But what does an indictment of those who claim to speak for, and act on behalf of God, have to do with the Voyager space craft hurtling out of our solar system?” In a recent email exchange between Nick and myself under the subject heading of Hangin’ with Mr. Kuiper, Nick so eloquently remarked: “You have the ugliest, most egocentric, megalomaniacal thing about this otherwise wonderful human race, which fades to a remote blip in the vastness of space.” So there you have it. You will know that you have transitioned from one song to the next when the drums drop out for a prolonged period of time and the tempo slows down.

And on the broadcast
They said they all were gone
There was a madman with a spark and a trigger arm
An explanation: he had no heart left at all

And it’s a pity
You know the one’s who speak for God
From the capital city, to the fort, to the new jihad
An explanation: we got no hope left for God

And God is angry
Yes, God is taking sides
And she is mighty