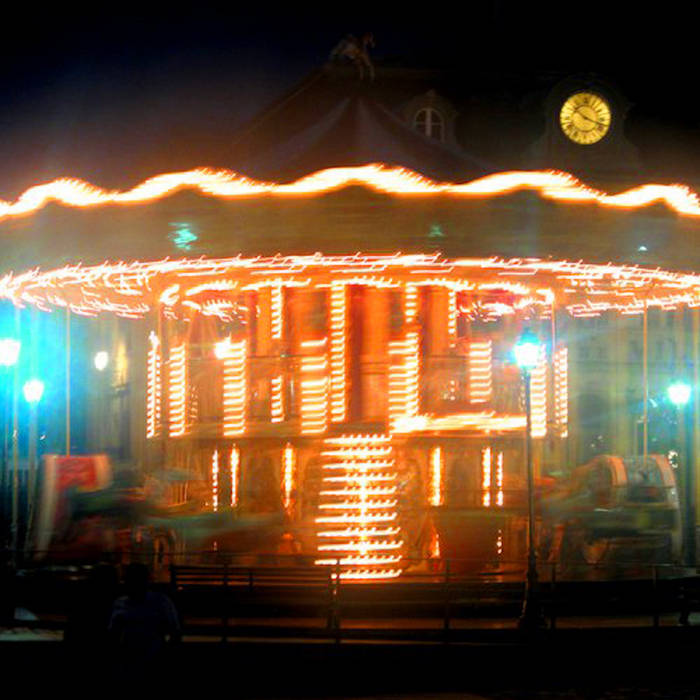 The artwork this week is a photograph by my friend Brian Doyle. He found this carousel someplace in France, and managed to paint a beautiful picture with it’s light. I saw it and began to think about carousels and what they do. Of course they go around, and around. It happens again and again. It is a cycle, much like a year, a revolution akin to an orbit. It is a simple metaphor, so I wrote simple lyrics to describe it, and I repeated them twice, a cycle in their own right.

This is another collaborative song, written with Nick and Miguel. As always the experience was a pleasure. I particularly liked working on three part harmonies on the sans-lyrics sections. I also liked that so much of this song was played on acoustic instruments, and we were able to step outside of the computer for a few minutes. I sincerely hope I get another chance to write with those guys in the near future.

If all has gone according to plan I have now landed safely in Boston after a fun and rewarding vacation in California. As my flight was the red-eye, I am most likely at this moment passed out in a pile of my own luggage, unable to make it up the stairs.